I have always been a closet railfan and taking a trip on Amtrak's Acela Express got me thinking about the impact of rail in Youngstown's development. In my narrow and short search, I came across a few pictures from the last twenty years which highlight the role the rails played in Youngstown's steel industry. These images capture trains rolling through what are now brown fields, abandoned tracts, and dilapidated building. 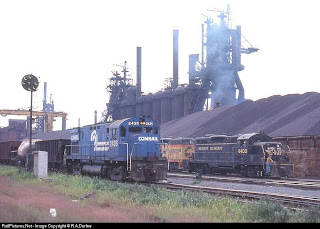 Conrail and Chessie trains work in the shadow of the steel mill. Photo taken August 1979 by R.A. Durfee. 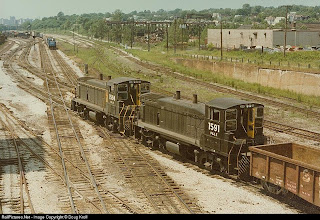 A P&LE Switch Job rolls through the Center St. interlocking; in the distance an eastbound Conrail freight waits for it's turn to cross. Photo taken June 26, 1983 by Doug Kroll. 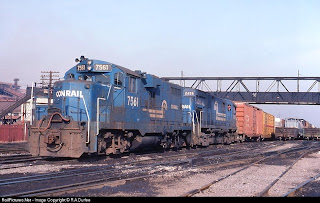 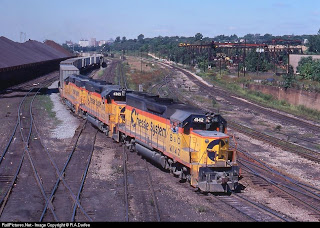 A trio of Chessie GP-40-2's pull east through Center St in a view that has seen much change since this photo was taken. Photo taken September 1979 by R.A. Durfee. 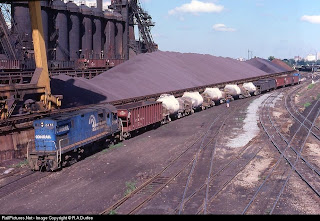 Empty "hot bottle" train arrives at Center St junction with the Republic Steel ore pile and blast furnace in the background. The entire mill has been torn down. That's the Chessie System main curving off to the right. Photo taken August 1979 by R.A. Durfee. 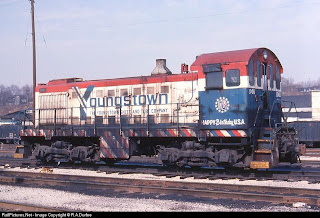 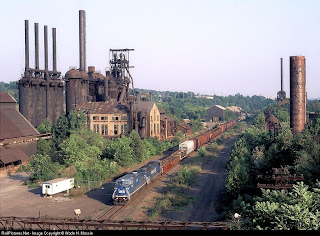 These photos were all captured by searching "Youngstown" at http://www.railpictures.net/. There are plenty more where these came from, but this offers the best view of trains at work in Youngstown. I will try and do some research on the history of passenger trains in Youngstown