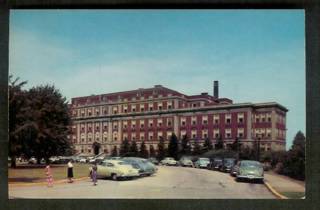 There are so many historical dimensions to Northside Hospital. I remember this picture of the parking circle located adjacent to the front hospital entrance. It is a shame that some relatively educated people insist on tearing this place down. Such a tremendous asset to our community. Imagine what stimulus dollars could do for a place like this!