Save the Last Dance...

The Idora Ballroom burned to the ground on March 5, 2001. The ballroom which was built in 1910 was destroyed by a four alarm fire. When Youngstown Fire Dept. arrived at the park the ballroom was already mostly gone. Knowing that the building was empty, the fire department did not send anyone into the burning building to try to save it. A problem the fire department encountered was the fire hydrants inside the park have long been shut off. So the they had to run a hose to a hydrant up on Rogers Road about 1,000 feet away from the park. It took more than 2 hours for the firefighters to control the blaze. 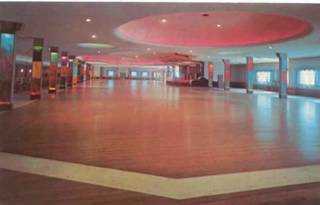